‘Will I lose weight if I stop eating bread?’ was the question I was asking myself.

I had a fair idea that this would be the case but as I was purchasing whole grains, wholemeal, rye etc I thought I was doing a good thing.  I thought that if I made “healthy choices” when buying bread I couldn’t go too far wrong.  But guess what, I was wrong!

It was then I decided to find out once and for all what was being said about it.  After beginning some serious research and study into the matter, I made some very interesting discoveries.  Gradually I became aware of the damage done to my body by eating wheat.

As I had put on a little weight but I didn’t want to go on a ‘weight loss’ diet, chiefly because I don’t believe they work long term.  I wanted to make changes to what I was doing to bring about the desired result.  Acid Reflux was plaguing me at the time so I wanted to know if grain consumption effected that also.

Losing weight by stopping bread consumption… what do others say?

I first heard of the grain issue from Dr Mercola but I figured he was being way too “out there”.  I mean, he also said he ate raw venison.  Now please!  So although I did take a lot of notice of what he said, I decided I didn’t need to take notice of everything.  Right?

Then I started to learn from some others.  Geez, just maybe I should start to take a little bit more notice.  So I decided to research it from every angle I could until my studies began to convince me they were really onto something.

Not what they used to be 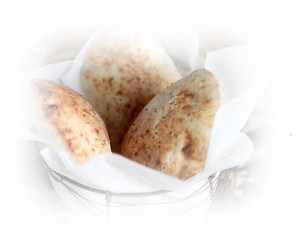 Grains are not what they used to be… particularly wheat.  The kind of wheat/wheat flour our grandparents and great-grandparents consumed what a lot different to what they are serving up to us today.  Do you have any idea what they’ve actually done to wheat?  It’s frightening!  It’s been genetically modified, mutated and sprayed with an array of toxins and radiation that would make the best horror movie.

Why have they done this?  Money… money… money!  It’s always the money trail you have to follow.  You see it forces the wheat to give an unnatural higher yield… at least, this is what they hope it will do.  I have heard it said the GMO’s came into being because of the hunger in the world, and they were trying to create better yields so more could be fed.  Can you even believe that?  I’m afraid I can’t.  How many times have you heard that when there is an excess of some certain food that they dump it in the sea or somewhere?  They’ll do anything to keep the prices up.  Why couldn’t they simply send it to some place where it ends up in the mouths of the hungry.  I can tell you that the people behind the concept of GMO are not in the least interested in hungry people or anyone’s health.

You may say, if you live in Australia, that we don’t have GMO here except for canola and cottonseed.  Whatever you do don’t eat these products… they are not healthy.  Anyway, as I was saying… virtually every loaf of bread that can be picked up in the supermarkets contain soy… and our products are not labeled where the ingredients come from except ” Imported goods”, which leaves you with no better understanding.  How much of the soy, which usually is GMO, is in our products?

The fact still remains that they are using hybrid wheat strains which are full of gluten.  This is good for the bakery industry, but bad for our health.  The amount of gluten in the new strains of wheat far outweigh what they were eating generations ago.  So it’s still not good… GMO or not.

My father had a near-death experience in his early twenties and it caused him to take a serious look at what he was eating.  I have no idea what his diet was before, but I do know that all the years my father lived during my lifetime he decided to cut out fat.  He wouldn’t eat butter or the fat on his meat.  I believe he would eat polyunsaturated oil as that was about the time that we were all duped into believing it to be the healthier option.

But… the point I’m making here is that he only ever ate whole-grain or wholemeal bread… and a lot of it.  He preferred his bread toasted and each night he’d make a little stack of it – at least 6 slices, maybe more, before he sat down to eat his plate of vegetables.  He didn’t eat any meat in the evenings.  As he ate his meal, the toast would go cold, which was the way he liked it.  Then he’d eat the toast, no butter, but smothered in honey… every slice!

The problem was that the bread was not being made as it was when he was a younger man… GMO had come in and all the rest of it.  This diet didn’t do him well… anyway, that’s another story. 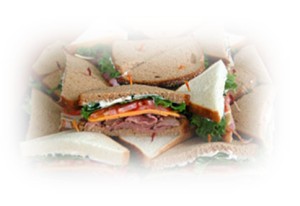 As a child I cannot even remember ever having white bread, so during my years at school I seemed to be the only one who had wholemeal sandwiches for lunch.

My sister remembers she used to have wholemeal bread sandwiches with pumpkin and vegemite.  She screws up her face at the memory!  (Actually I don’t think it would be too bad personally!)

But… I used to look at the other kid’s lunches and wish I could swap, but no-one would swap with me!

The best way they knew

I know that my parents brought us kids up in the very best way they knew how.  That’s all any of us can do really.  Most all of us are not scientists or health practitioners and basically only know what we’ve been told… and most of that comes from the media.  (There’s another story)  I appreciate them so much and know my parents tried very hard to have us eat well and keep us healthy.  And really, basically we were all a healthy bunch.

I went on a working holiday in New Zealand when I was 19 years of age.  Ahh… now I was out on my own.  Ah-ha! My choices were my choices!  🙂 White bread and white rice were both little luxuries to me.  I mean, everyone else ate it so it must be ok.  Oh dear, did I end up paying a price.  Lack of fibre… hello, hemorrhoids! Ouch!

A few years after this I gradually became extremely interested in natural health and began my journey into researching many of these things.

Unfortunately, our raging obesity epidemic is caused in part by us all being told that whole-grain breads and flours 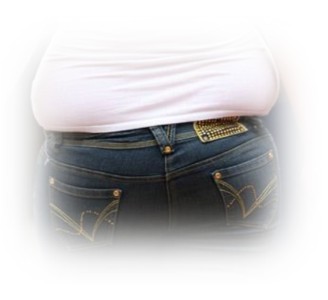 are good for us, so we eat it with abandon.  White flour is stripped of the fibre and the germ, then bleached and who knows what else.  The truth is that all of it, quite apart from the GMO adulteration, is digested so rapidly that it leaves our metabolism wondering what happened, and gives us an ever-expanding waistline to boot.

The food manufacturers tell us that our wheat is a healthy option… especially the whole grain, but at what expense to our health?  I ask you.  Our ancestors used a different kind of wheat than what we use now… a natural wheat. On top of that, they used to first soak the grains and then sprout them before leaving them to ferment.  They used a slow rise yeast unlike our quick yeasts we have today.  What they ate and what we eat are light years apart!

That’s it… I’ve made up my mind

After learning all this I made up my mind that I wanted to stop eating all grains, not just wheat. I struggled with this idea for sometime as it’s hard to get your head around never eating another slice of bread, or a biscuit, or a lovely piece of cake.  To me it was too hard, but I really wanted to.

Typically in life, when you are aware of a certain thing, the answer comes around the corner.  And it did for me.  I stumbled onto a book which became like a text book for me as I learned that you don’t have to go without anything!  I now can eat bread, biscuits and cakes and know that they are all doing me good.  They are healthy for me.  Yay!  It’s almost unbelievable!

Will I Lose Weight if I Stop Eating Bread?

So what have I found as a result of eating alternative ingredients?   While ever I followed this pathway I had no acid reflux and the weight began to fall off me.  I mean, I was eating every bit as much as before but I was choosing different ingredients.  I didn’t expect my husband to follow this same path (as I knew he wouldn’t anyway) and sometimes when we were out I’d eat in the “old way”.  You know what would happen?  Yes, along would come the acid reflux again.

This opened my eyes and I began to feel like I was onto something.

I have found that by looking up Paleo recipes for bread to be of immense help.  Paleo doesn’t believe in the consumption of grains but they understand that people love their bread.  I’ve received a lot of help by following some of their recipe ideas… but not all.

Some points about Paleo is good and I certainly will look to them when I’m after a recipe for gluten-free or grain-free bread.  You must be very careful as a lot of the alternative flours they recommend are just as refined and fibre-deficient as any other white wheat flour.

Personally, I do eat some grains and don’t find any problem with them.  It’s more that we need to look at what happens to the grain before reaching our plate that should be of concern to us.

Some really good choices can be found here at Gluten Free Grains.

I’ve noticed a real difference and my body is saying “It’s good”! You will find that when you stop eating adulterated flour which really is no longer suitable for human consumption, that yes, you will find your waistline will begin to slim and I could almost guarantee that your health will improve also.  We have to learn to swim against the tide if we want to ever feel the way that we desire and experience superior health.

There is more to weight management and certainly more to finding true wellness.  As I am now a certified Nutrition & Weight Management Consultant, I have written up two courses:
‘Wellness Solutions’ and ‘Common Sense Weight Management’.
These are being constantly updated and you are able to communicate with me as you are going through them.

What’s your experience?  I’d love for you to let me know.

10 Thoughts to “Will I Lose Weight if I Stop Eating Bread?” 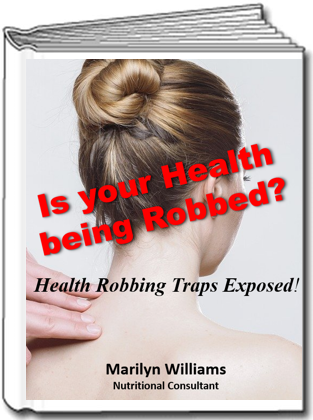